ZK Rollup Projects – What You Should Know About Them in 2022

There a few different types of ZK Rollup projects that are designed by specific companies for certain functions.

ZK Rollup, which stands for a zero-knowledge rollup, is a type of Layer 2 Scaling technology that offers storage off-chain and performs computations when funds are present in smart contracts. There are a few different types of ZK Rollup projects that are designed by specific companies for certain functions. Thus, this article discusses some of these projects and the companies that use them.

zkSync is a ZK Rollup project created by Matter Labs. This project is a secure, trustless (meaning that you don’t have to involve or trust a third party), user-centric protocol that’s used to scale smart contracts and payments on Ethereum. Its’ product is the zkWallet. Some companies that use zkSync include Golem, Balancer, GitCoin, Argent, Curve, etc.

LoopRing is another ZK Rollup solution that is being used by multiple companies. This particular solution is a payment and exchange protocol. It also has a product called LoopRing Exchange & Mobile Wallet.

This technology also has its own token, $LRC. Users can use these tokens for payments and exchanges. Some of the companies that use LoopRing include the following:

StarkWare is a ZK Rollup project that’s designed to improve privacy and scalability in blockchains that use STARK technology. Thus, it provides zero-knowledge cryptographic proofs that are also transparent (i.e., they don’t require a trusted setup), succinct, and post-quantum secure.

StarkNet is Layer 2 product by StarkWare that was created to eliminate the scaling problem with Ethereum, reducing high transaction costs. This technology is relatively new, but it has shown promising in marring the security that comes with Ethereum and the need for reduced fees. StarkNet was deployed on an Ethereum-run market for crypto derivatives, dYdX.

Aztec is a Layer 2 network that also brings privacy and scalability to Ethereum. This project uses zkSNARK proofs for the scaling and privacy features. It is an open-source platform.

Polygon Hermez is an EVM-compatible ZK Rollup solution designed to provide fast and safe transfers of ERC20 tokens. This open-source ZK Rollup project is particularly unique due to its protocol titled “proof of donation.” With this protocol, 40% of winning bids are returned as donations for reinvestment purposes. A growth of 116% in twelve months and a market value of over $124 million for its native token $HEZ is an indicator of how successful this project has become.

Optimism is an extremely cost-effective and fast alternative to transactions of Ethereum. Many Ethereum dApps are using Optimism to improve speeds and reduce costs. Connext is one company that’s using Optimism for the Ethereum network. While this ZK Rollup solution is growing, it hasn’t become as commonly used as others due to the lack of investment because of no dedicated token.

Arbitrum One scales Ethereum transactions with the use of bridges rollups and other tools. It has three major features, which include the following:

Some companies that are part of the Arbitrum ecosystem are listed below:

While there are many more ZK Rollup projects out there, many of them are focused on scaling Ethereum transactions. Thus, many companies are starting using ZK Rollup technology to help limit their own costs, which can also be to the users’ benefit.

The Ethereum network was designed to be a scaling solution not just for its own blockchain but also for the crypto ecosystem as a whole. 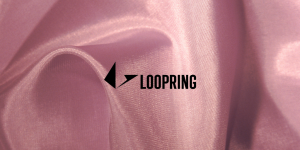 Loopring is a decentralized protocol that uses zero knowledge proofs, otherwise known as ZK-rollups, to create faster and cheaper fees on the while maintaining security. 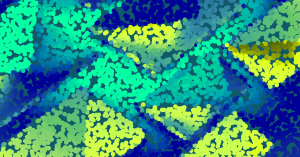 What Is Layer 2 Scaling, and What Does ZK Rollup Technology Solve?